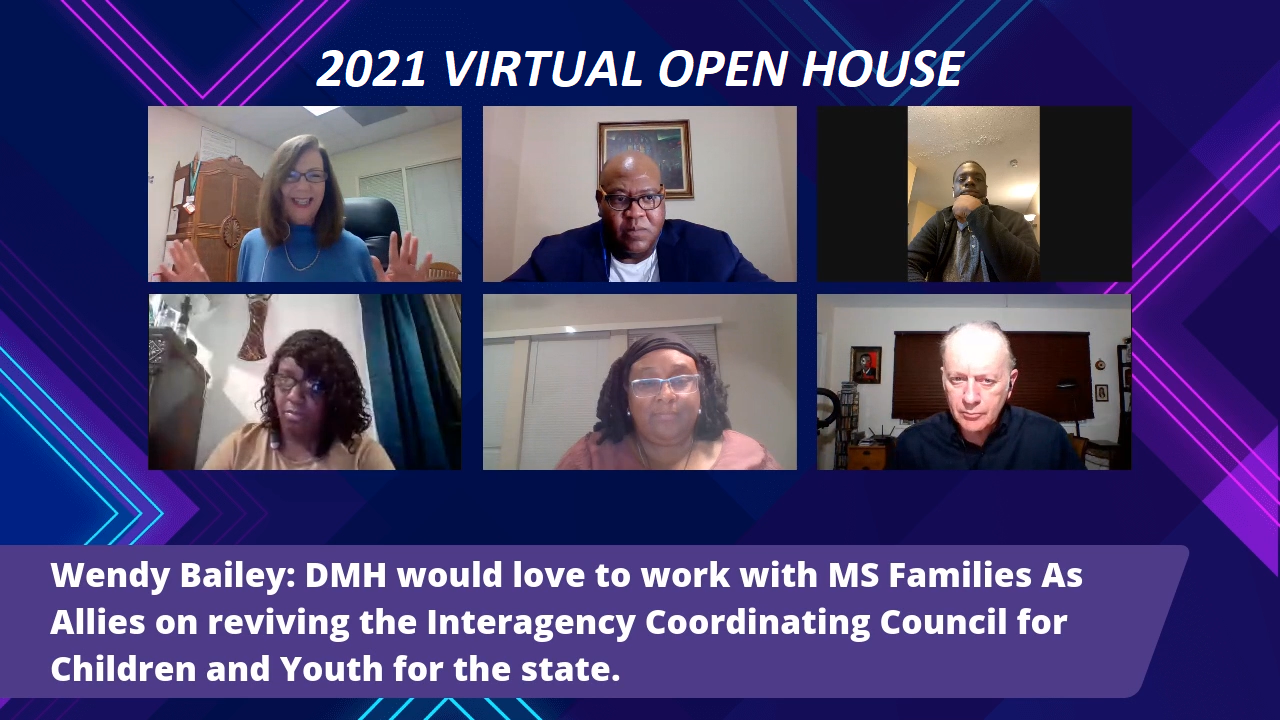 (It’s pronounced ICKY, but it’s not!)

During our virtual open house that streamed live on Facebook last month, the new executive director of the Department of Mental Health, Wendy Bailey, came on and shared some news that made us very excited. Ms. Bailey said that she and the Department of Mental Health wanted to work with Families as Allies on reviving the Interagency Coordinating Council for Children and Youth (the ICCCY). The ICCCY last met in 2012.

We know that many of you probably don’t know much about the ICCCY and its history, and may not know that Mississippi was a leader in the nation in creating the foundation for systems of care through statute, so we thought we would share this history and information with you.

The ICCCY was enacted into law in Mississippi in 2001 when HB 1275 was passed and signed by the governor. The bill established a statewide System of Care, and one of its purposes was to improve interagency partnerships for children and youth by creating the ICCCY. HB 1275 also created the ISCC, or Interagency System of Care Council. Its responsibility was to serve as the management team for the ICCCY, and to collect and analyze data and funding strategies, make recommendations to the ICCCY and the legislature, coordinate local MAP teams, and apply for grants.

We believe one of the most meaningful aspects of this statute is that it states Mississippi’s System of Care shall be (emphasis added)  “Child centered, family focused and family driven”, core values in a system of care.  Family driven means “families have the primary role in decisions regarding their children as well as the policies and procedures governing the well-being of all children in their community, state, tribe, territory and nation. This includes, but is not limited to:

In 2010 the legislature passed HB 1529, which expanded the membership of the ICCCY, further defined the authority of the council to assist multidisciplinary assessment and planning (MAP) teams to become the single point of entry for certain children and youth, and clarified the purpose of the statewide system of care for children with emotional and behavioral disorders.

We appreciate the foresight that legislators showed in valuing family-driven practice in statute over the past twenty years and we look forward to working with families, youth, the Department of Mental Health, other state partners, policymakers, and all other interested stakeholders to ensure Mississippi’s system of care for children is family-driven, youth guided and child-centered in reality.

We’ll keep you posted and update you about new developments and how you can be involved along the way.

If you’d like to learn more, we are doing a series of webinars on system of care values and what this philosophy and approach mean on the third Friday of each month for five months.  Please join us on Friday, February 19 for “What is a System of Care and What Does Wraparound Mean?” You can also view the recording of the first webinar in the series, “Family Driven Practice: What It Means and Why It Matters” on our website. The slides are on the website as well.

Here’s the code section for the legislation if you would like to read it:
https://law.justia.com/codes/mississippi/2013/title-43/chapter-14/section-43-14-1.