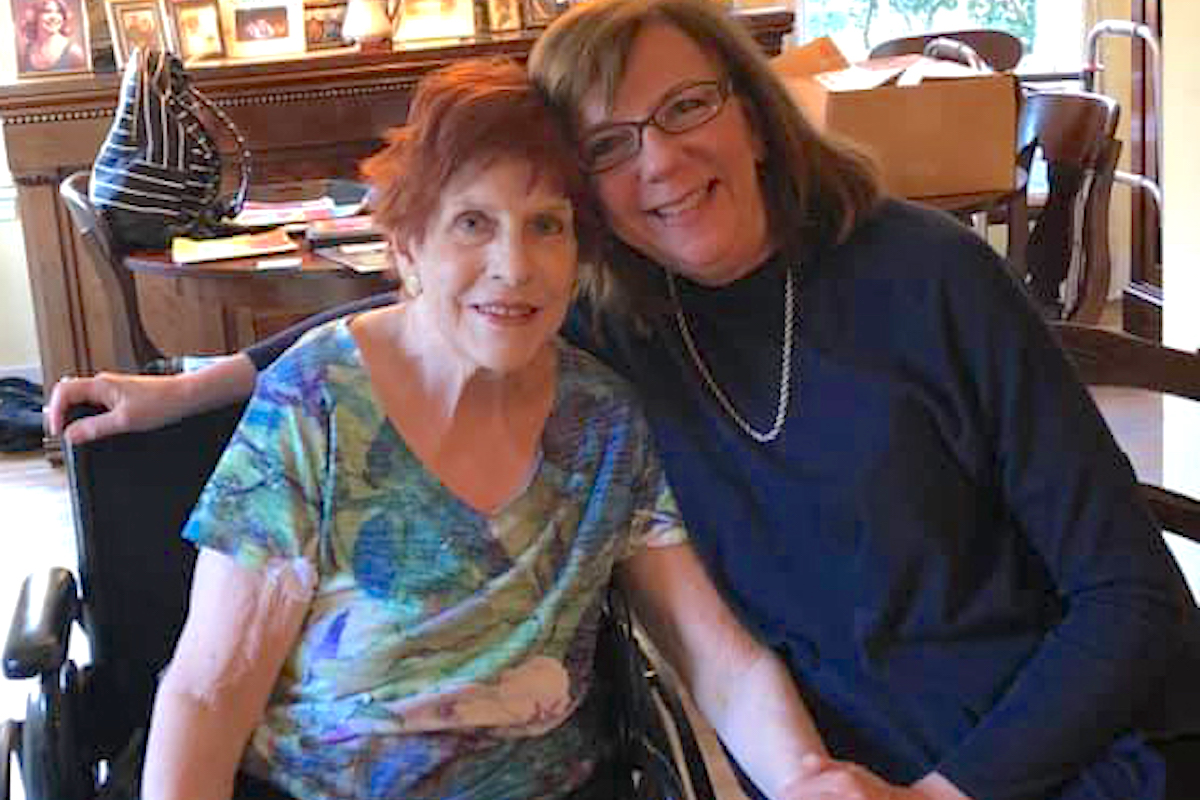 How do you say goodbye to an icon in the family movement? An esteemed mentor? A much-beloved friend?

But sometimes life gives us no choice. Tessie Brunini Schweitzer, who founded Families as Allies in 1992, died October 6 after a brief illness. My heart is broken.

I first met Tessie in the late 1990s when she arrived, unannounced, at my office at Catholic Charities where I had recently begun working as a psychologist with children’s mental health services. Tessie always claimed that I invited her, conveniently ignoring me when I pointed out that would have been impossible since, at that point, I didn’t know who she was.

As I listened to Tessie and watched her pull out policy document after policy document from that Mary Poppins sized satchel she carried, it dawned on me that she was affirming what I already knew in my heart – that the only way for mental health services to work was to first find out what families want and then work with them to get those things done.

When she paused, I asked her why families hadn’t come together to sue the state over things that were happening in the education system at that time. I wish that I would have had that moment on video. It was the only time I ever saw her speechless.

From that day forward, with fits and starts and often imperfectly, I worked with Tessie and families from Families as Allies. I learned to be still and listen to families in a new way, or at least to be honest when I really couldn’t see past myself to hear what people were trying to tell me and let them keep saying it until they thought I understood (or they gave up and told me it was okay I couldn’t quite get it). I learned to plan programs from the very beginning with families and to be open to hearing the things providers, including me, had done in planning previous programs that really bothered them – even when I really didn’t want to hear it. I learned what it was like to work on policy and legislation, including when Tessie threw me in front of a legislative committee and I was grilled by this very smart senator whose name I later learned was Hob Bryan. That was a memorable start to legislative advocacy.

Many things happened along the way, including me having a child and my family going on its own journey. In 2011, the position of executive director of Families as Allies became open. Tessie and some of those families who were so patient with me way back when encouraged me to apply. I was humbled and honored to be chosen for the position. My heart has been filled with joy each and every day that I have come to work since.

Tessie did everything that those who know her might expect after I started—she bossed me around sometimes and for months she would still sit behind my desk if she stopped by to visit. She also really encouraged me as I worked on getting Families as Allies refocused on the fundamental work of a family-run organization. She followed legislation, and she stood behind every advocacy stance we have taken since 2011.

The sweetest thing Tessie ever did for me was to tell me she would always be “my person.” And she was. I could turn to her in moments of doubt or despair and she was always there.

It is so hard to lose my person. I don’t even know the words. I know many of you felt that same heartbreak that I did when you learned of her death.

I have often told people that I could never fill Tessie’s shoes.  Those would be some pretty big, bold, charming, sometimes audacious shoes to fill.  But I’ve gone on to say that all I could do is to try to follow in her footsteps.  As we face the pain of losing her and search how to find some consolation and peace in that loss, I encourage all of us to think about what it means to follow in Tessie’s footsteps.

I think it means to treasure and respect every family and the story they have to share. I think it means to understand and value the work of family-run organizations. I think it means to recognize the tremendous impact she had on policy and legislation in the state and then ensure all of those policies and laws are actually followed. Tessie left us with quite a legacy. Let’s honor her life by making the most of it.
We’ve collected some wonderful quotes about Tessie in a PDF document if you’d like to see what others had to say about her lift and impact on all of us.