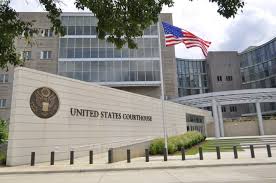 This week was the opening of the trial that is a result of the lawsuit the U.S. Department of Justice filed in 2016 against the state of Mississippi for violating Olmstead.

Families as Allies will have staff members attending the trial, and we will be posting updates as well as providing links to news stories over the duration of the trial, which is expected to last 6 weeks.

Some quotes from opening arguments in United States vs Mississippi trial:

Quote from patient: “Hospitals are worse than jail”

Deena Fox, attorney for DOJ: “It is difficult to understand why the Mississippi mental health system remains so focused on institutional services”

James Shelson, Phelps Dunbar, representing the State of Mississippi: “How much change is change enough?”

Judge Carlton Reeves: “We know jails are not appropriate for one day for people with mental illness.” “Are we committing only the people who really need to be there?”

Executive Director Joy Hogge was at the courthouse this week, and here’s her impressions of the proceedings.

I learned some positive and encouraging possibilities listening to the United States’ first expert witness at the trial this week. Dr Robert Drake is a psychiatrist with expertise in statistical analysis and treatment of people with serious mental illness (and believe me – his expertise was established beyond a shadow of a doubt with LOTS of questions 😳😄) . He oversaw the clinical review of 154 people receiving care in MS state hospital system. These are some of the things he shared based on national data. This review was done from 2015- 2017.

“Patient choice is a principle that applies across all healthcare…… ( I missed sentence tying this to medication for mental illness). Medication regime (that is based on shared decision making I believe was his point ) for high risk population reduces risk of hospitalization by 50%”

“The main outcome of supported employment (one of the services the State currently offers and this lawsuit demands be offered more comprehensively) is employment but it also reduces rehospitalization. I never would have guessed that outcomes would be as dramatic as they are”.

“Employment leads to reduction in symptoms. Not vice versa”

“If we only makes sure people have a follow up appointment when leaving the hospital and it occurs rapidly, hospitalization decreases by 20-30 %. “. He saw this as part of effective transition planning, one of the other services this lawsuit demands happen more consistently than it currently does. He suggested one way this could be done is by having local PACT team meet with consumer and hospital at time of admission and then all plan effective discharge together. That seemed like a really good idea to me.

85% at risk for rehospitalization. None received the array of services outlined in current DMH standards that would be indicated to prevent relapse.

When asked how review of Mississippi compared to other states, he described North Carolina in the 1970s and Boston in the 1980s when “it was very common for patients to leave the hospital and not have the needed services”.

Jeff Amy of the Associated Press filed this report.

Ryan Phillips of the Starkville Daily Press filed this report.

Whitney Downard of the Meridian Star filed this report.

Ashton Pittman of the Jackson Free Press filed this report.