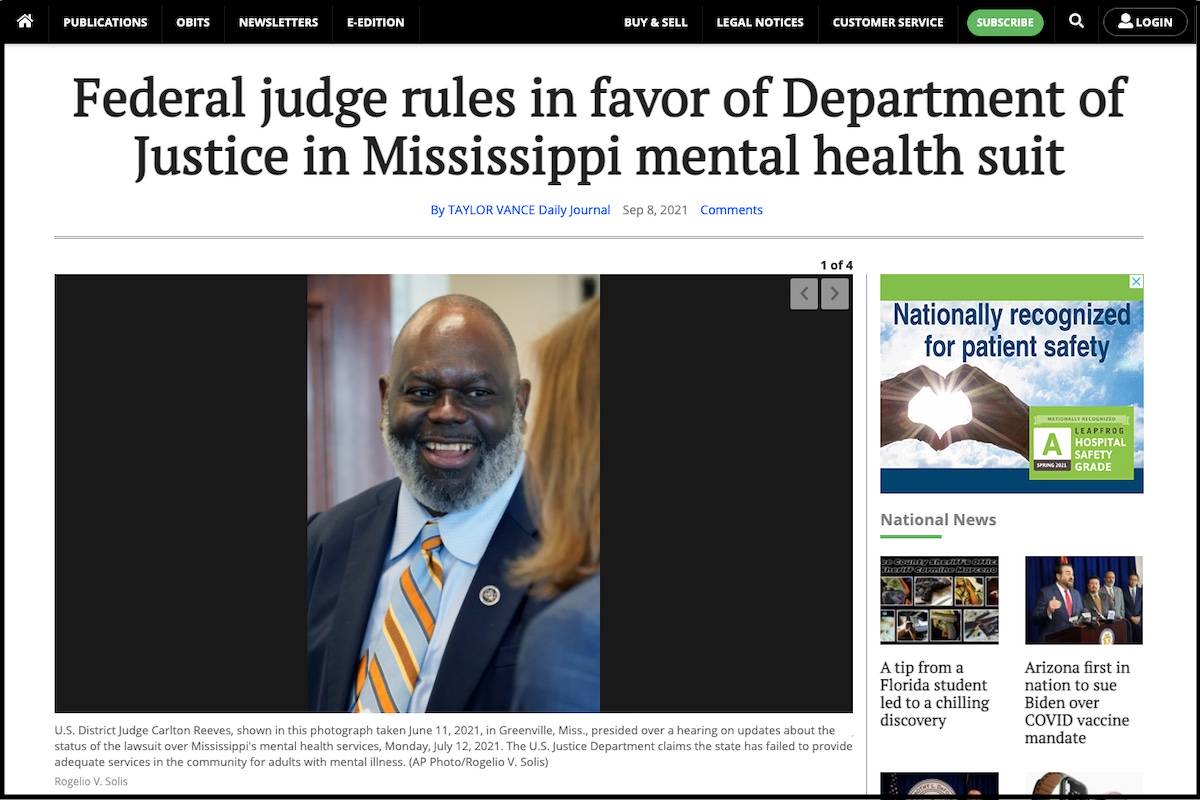 On Tuesday, September 7, Judge Carlton Reeves issued three orders in Mississippi’s longstanding mental health lawsuit. He issued a remedial order that requires the State to “develop and implement effective measures to prevent unnecessary institutionalization in State Hospitals” and to provide “adequate and appropriate services and supports to adults with serious mental illness”.  He also issued an order of appointment for the Monitor which sets out the details of the monitor’s role and authority. Finally, Judge Reeves issued his Final Judgement in this case, finding in favor of the United States.  If the State chooses to appeal the ruling, it has sixty days from the time of Judge Reeves’ final order to do so.

We appreciate the coverage this case has received in the media. These are some news articles, listed alphabetically by reporters’ last names, about Judge Reeves’ rulings last week:

We continue to urge the State to not appeal this ruling.  The plan that Judge Reeves’ ordered is the same plan the State itself proposed. Judge Reeves simply added monitoring and a clinical review process to make sure that there is accountability and the services actually help people.  We should all want a system that is accountable and that we know helps people.

If you would like to join us in urging the State to not appeal or if you have other feedback for the State or the United States, here is their contact information: