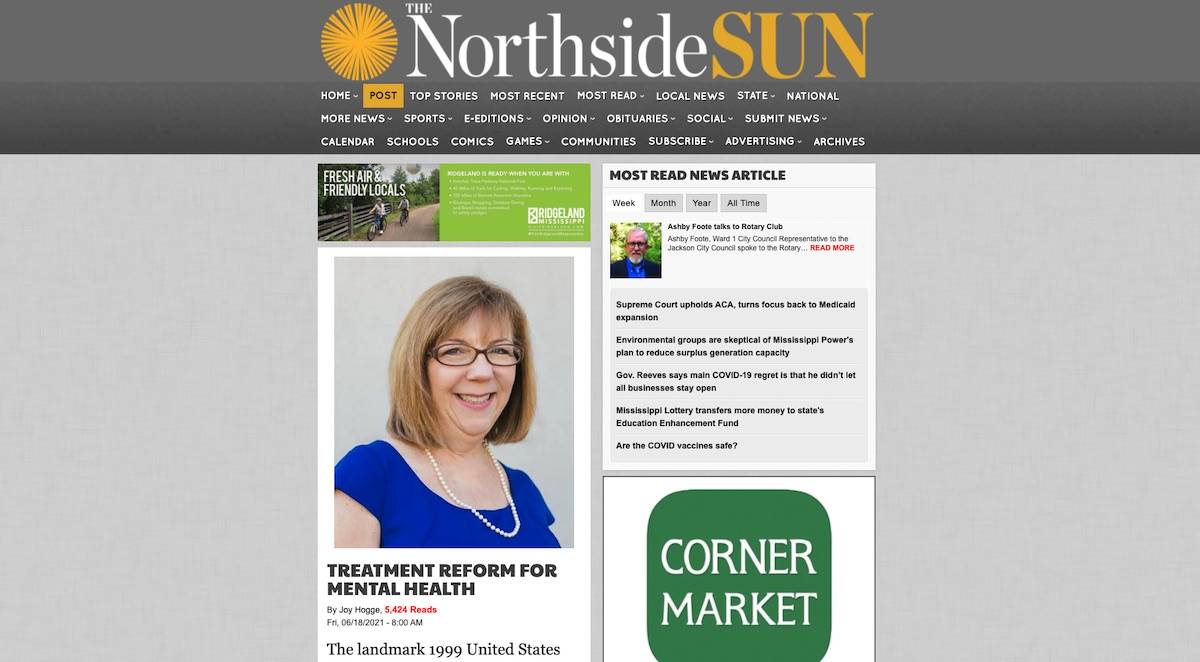 I appreciated being invited to write this column for the Northside Sun. Since the time the column was written, both the United States and the State of Mississippi submitted their responses to the Special Master’s report. Whether the State would agree to be monitored to implement a remedy is a central theme of this column. The State’s response includes this quote, “The proposals for a Monitor before the Court should be rejected.”

Here is the column:

The landmark 1999 United States Supreme Court case, Olmstead vs. L.C., established that the Americans with Disabilities Act applies to people with mental illness. In 2011, the United States Department of Justice (DOJ) conducted an in-depth investigation of Mississippi’s mental health system and found that Mississippians with mental illness were not able to live in the community if they wanted to due to a lack of the right kinds of services.  This is considered a violation of the Americans with Disabilities Act because it can result in unnecessary segregation in institutions.

The State of Mississippi engaged in negotiations with the DOJ until the negotiations failed and were terminated in 2015. The DOJ sued Mississippi over its mental health system in 2016. The case went to trial in June 2019, and in September 2019, Judge Carlton Reeves ruled that Mississippi’s mental health system discriminates against people with mental illness by unlawfully segregating them in institutions because the right kinds of services to help people live in the community do not exist to the extent needed.