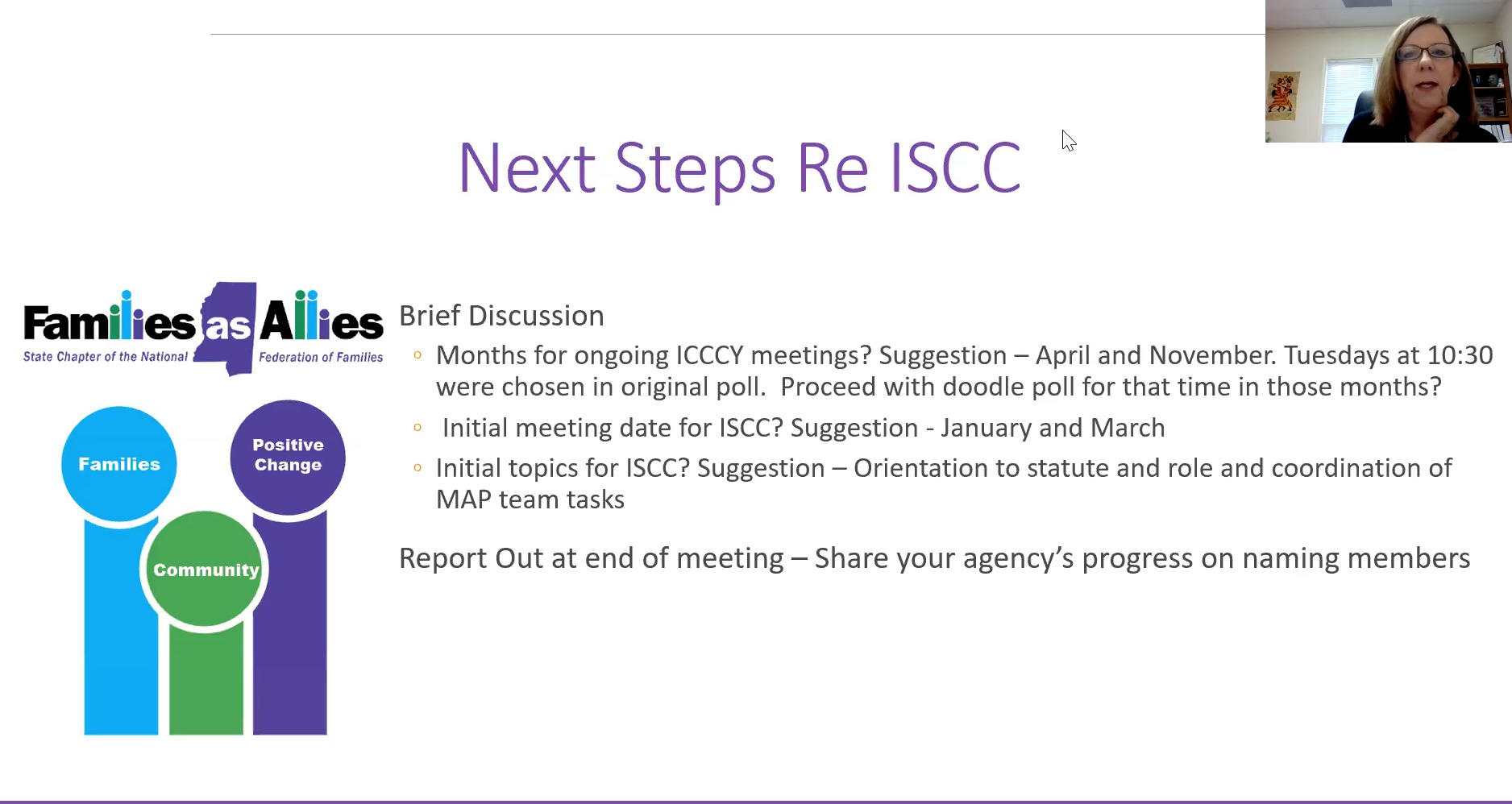 The Interagency Coordinating Council for Children and Youth (ICCCY) is tasked in Mississippi state law “to serve in an advisory capacity and to provide state-level leadership and oversight to the development of the Mississippi Statewide System of Care”. The ICCCY is mandated to meet and conduct business at least twice annually.

The ICCCY held its second meeting for 2021 on November 16. The Council discussed agency appointments to the Interagency System of Care Council (ISCC), which serves as the state management team for the ICCCY, as well as how each system could support representation of its system on local Making A Plan (MAP) teams.  ICCCY members shared initiatives related to the system of care and whether they had identified funding streams to support the collaborative work of the ICCCY.

An overview of the work of the ICCCY was presented, including policies about wraparound, the care coordination model that Mississippi has adopted, and Mississippi Youth Programs Around the Clock.  Dr. Tamara Hurst presented additional data from the Mississippi Wraparound Institute.

The ICCCY’s next meeting will be in April 2022. All meetings are open to the public and include time for public comment. If you have questions about the ICCCY or would like to give feedback, you can contact Wendy Bailey (601-359-6251 or Wendy.Bailey@dmh.ms.gov) or Joy Hogge (601-355-0915 or jhogge@faams.org).  If you are a parent and you would like to talk to another parent who is on the ICCCY, you can contact Nikki Flippins (nflippins@gmail.com), Pam Dollar ( pam@mspti.org) or Families as Allies (601-355-0915 or info@faams.org).

You can view a video recording of the meeting here.