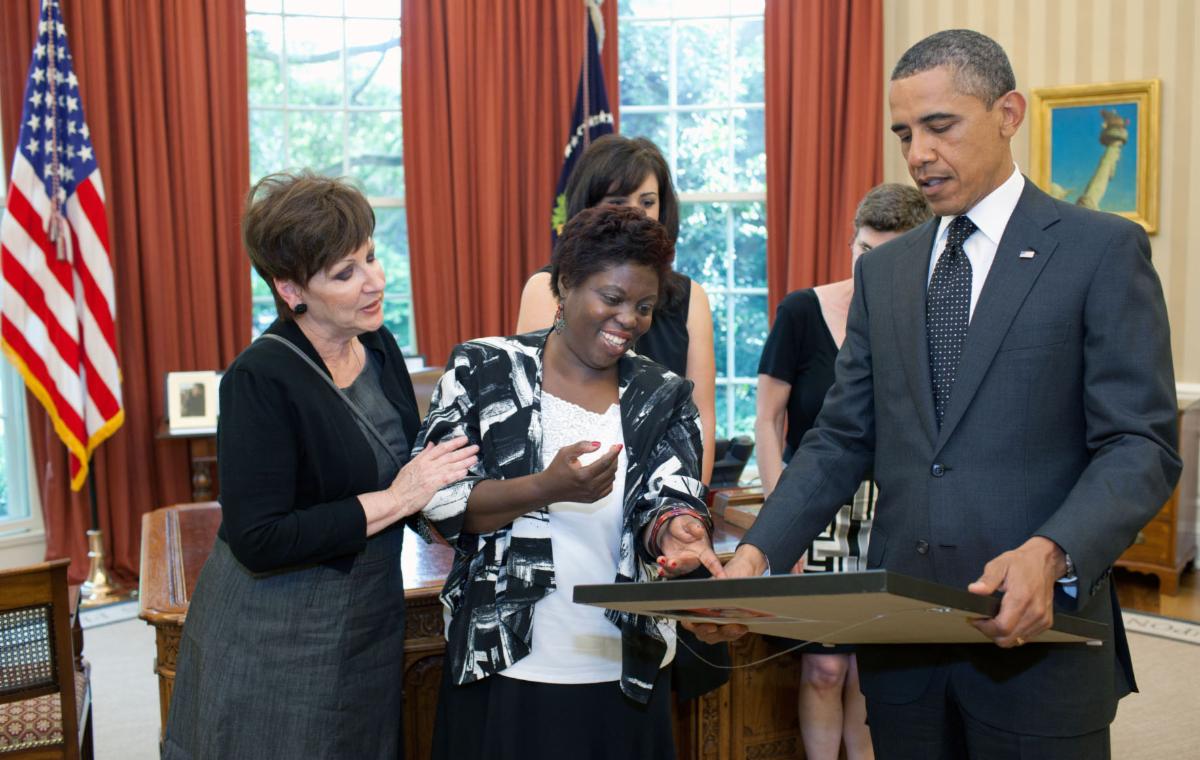 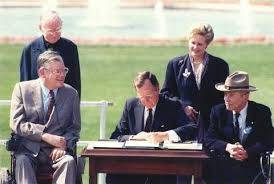 Nine years later, in 1999, the landmark ADA-related Supreme Court case, Olmstead v L.C., recognized that putting people with disabilities in institutions, including in state-run psychiatric facilities when they don’t need to be there, is a form of discrimination. The Supreme Court ruled that services must be provided in integrated, community-based settings when possible.

The Olmstead lawsuit was brought by two women, Lois Curtis and Elaine Wilson, who were hospitalized in a Georgia state hospital but wanted to live in the community. They knew, and the United States Supreme Court agreed with them, that they could do the same things that other people did if they had the right kinds of services and supports. 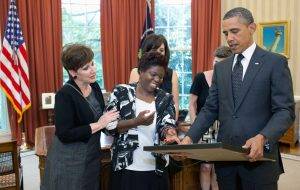 Several years after moving to the community, Lois Curtis met with President Barack Obama, who prioritized Olmstead investigations during his presidency. Ms. Curtis, an artist, presented President Obama with one of her paintings. You can read more about their meeting here.

In 2016, seven years after issuing a letter of Olmstead findings about Mississippi’s mental health system, the United States Department of Justice sued Mississippi over its mental health system. The State lost this suit in September 2019 . Judge Carlton Reeves than appointed Michael Hogan as a Special Master to help the two sides craft a remedy to address the issues identified in the suit.

The next steps in this lawsuit present a unique opportunity for Mississippi policymakers and state systems to show their commitment to working together with people with mental illness and their families to create the kinds of services and supports that are most needed.

We encourage everyone to join us in taking these steps to honor the legacy of the ADA: