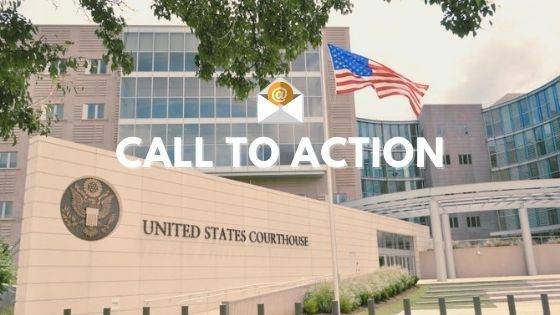 When the case went to trial in June 2019, the parties stipulated (page 9) that: 1) The Mississippi Department of Mental Health is the responsible state agency for ensuring that mental health services are compliant with the ADA, and 2) These services are often paid for through the Division of Medicaid since people with serious mental illness “almost always” qualify for Medicaid.

The Mississippi Attorney General’s (AG’s) office is defending this case through a contract with Phelps Dunbar. The DMH has repeatedly told Families as Allies that the AG’s office decides the direction of the case and the AG’s office has explained that it relies on the DMH for knowledge about the State’s mental health system.

Judge Carlton Reeves presided over the trial and ruled in September 2019 that Mississippi was in violation of the ADA, stating, “On paper, Mississippi has a mental health system with an array of appropriate community‐based services. In practice, however, the mental health system is hospital‐centered and has major gaps in its community care.  The result is a system that excludes adults with SMI from full integration into the communities in which they live and work, in violation of the Americans with Disabilities Act (ADA)” (emphasis added).

After the verdict, the parties worked to develop a mutually agreed-upon remedy with the help of an appointed Special Master, Dr. Michael Hogan. The two sides were unable to agree, so Dr. Hogan was asked by Judge Reeves to craft a plan. His plan adopted most of the State’s recommendations but added monitoring and a clinical review process. Judge Reeves fully adopted this plan.

In his report, Dr. Hogan states (p.3, point #16) “that there are some strengths in Mississippi’s mental health system, and it also appears that progress in better serving adults with serious mental illness and meeting the mandates of the ADA has been made in recent years and since the trial. Much of the evidence of improvement is outside the record (e.g., in annual reports of DMH) and has not been validated…However, data on community service performance is not yet adequate to assess performance or to allow the Court to determine if the requirements of the ADA are being met. Levels of services that are in place have not been verified. The actual availability of  services to  Mississippians is not yet certain.” (emphasis added)

Current Status: After Judge Reeves ruled on the remedy, he ordered the United States and the State of Mississippi to submit monitoring proposals for how to implement the remedy. These proposals were filed on August 13, 2021.

In their proposals, both sides recommend that Dr. Hogan be the monitor. The United States’ proposal describes the duties and reporting process for the monitor.

The State’s proposal begins by saying that it does not consent to a monitor and is submitting its plan only to comply with the Judge’s order. It indicates that the State will likely appeal the verdict because it does not believe it was ever out of compliance with the ADA. It also insists that the State should be judged only by whether or not it has the capacity and funding for the services the lawsuit demands, not by whether or not people actually receive and benefit from these services. It then demands that the monitor’s review of clinical services, rather than including information from people receiving services, be limited to verifying the services information that Wendy Bailey, the executive director of the Department of Mental Health, shared in an unsolicited sworn declaration that was submitted after the trial and never subject to cross-examination.

A hearing on the Monitor’s role is set for Thursday, September 2 at 1:30 PM via Zoom. We will share the Zoom information on the events section of our website and on Facebook when it is published. Judge Reeves will issue a ruling on the Monitor and also the final ruling in this case sometime after the hearing. Either side can appeal the verdict after the final ruling is issued.

I urge each and every one of you to consider what the State’s actions in this lawsuit to date imply about its concern for and commitment to people with mental illness and the State’s competence to provide services to them.

For over ten years, the AG’s office has fought this lawsuit at every turn —  stalling, denying, crafting confusing legal maneuvers, suppressing information and thwarting input from people receiving services, their families and service providers. Through its silence, the DMH has communicated its tacit agreement with every step the AG’s office has taken.  Not once, in over ten years, even when working closely with the Special Master for the past eighteen months, did either the AG’s office or the DMH provide sufficient verifiable proof to convince the Justice Department, Judge Reeves, or Dr. Hogan that the State is actually helping people with mental illness to live in the community in a manner compliant with the ADA.  It begs the question of whether any such proof exists.  We know that endless reams of reports and plans do. But we knew that before the trial began.

And now, the State is threatening to appeal because it is being required to implement the plan that it wrote and submitted, simply because Judge Reeves ordered that the implementation be independently monitored by the person the State selected and include a review of whether people receiving services benefit from the services. The arrogance of this stance is exponentially compounded by the State’s insistence that it was never in violation of the ADA and that Judge Reeves was wrong to rule that the State was out of compliance with the ADA.

Perhaps this arrogance would be bearable if it were true that the State’s mental health system is in compliance with the ADA. But it is not true. I recently invited Doug Miracle, lead attorney for the AG’s office to spend time with us at Families as Allies so that he could hear for himself what families of youth ages 18 – 21 (this case is about adults) tell us about trying to find help for their children. They face many challenges. I mentioned in a previous blog that over the past month, I tried to help three separate friends whose adult children were in mental health crises. I know what services are supposed to exist. None of these families got those services. One contacted her local crisis team and was told to call the sheriff instead, one was repeatedly told she should do something (in spite of the fact she was doing everything she could think to do), and one was completely shut out from their family member and those treating him.

But it’s not just about my experience. In spite of the DMH being the largest state employer with 5000 employees and a budget of around $600 million, there is little, if any, data about the effectiveness of its services. Mississippi consistently ranks low on national mental health measures. News articles (What will solve Harrison County’s ‘biggest crisis?’ Local, state officials look for a fix,  Legal processes for mental health cases being re-evaluated in Jackson County) attest to the struggles that local community mental health centers face because the Department of Mental Health has not set up the infrastructure, overarching planning and technical assistance that community providers need to consistently provide responsive care. This does not mean that community providers are not trying their best. Almost all of them are, and many are doing a good job.  But they do not have the support from the state that they need.

Wendy Bailey, appointed as the executive director of the DMH in January 2021, is in a challenging position. I like and respect Ms. Bailey and value her openness and willingness to work together. I told her late last week that I was going to publicly share these concerns because the situation is dire. I appreciate that she understood my position. I publicly implore Ms. Bailey and her board to do the right thing for people with mental illness and to prevail upon the AG’s office to NOT waste even more resources by appealing this case but to instead work with the Special Master who the State chose to implement the plan that the State wrote to create a service system that is as helpful in reality as it is on paper.

I beseech Doug Miracle, the lead attorney in the AG’s office and Jim Shelson, the primary Phelps Dunbar trial attorney, to cease any plans for appeal and simply work with the DMH, Dr. Hogan and Judge Reeves to implement the State’s plan – the plan that Mr. Miracle and Mr. Shelson likely wrote.

I ask all of you to tell the parties involved to stop wasting time and money by appealing this case and to simply do the right thing. It is past time.