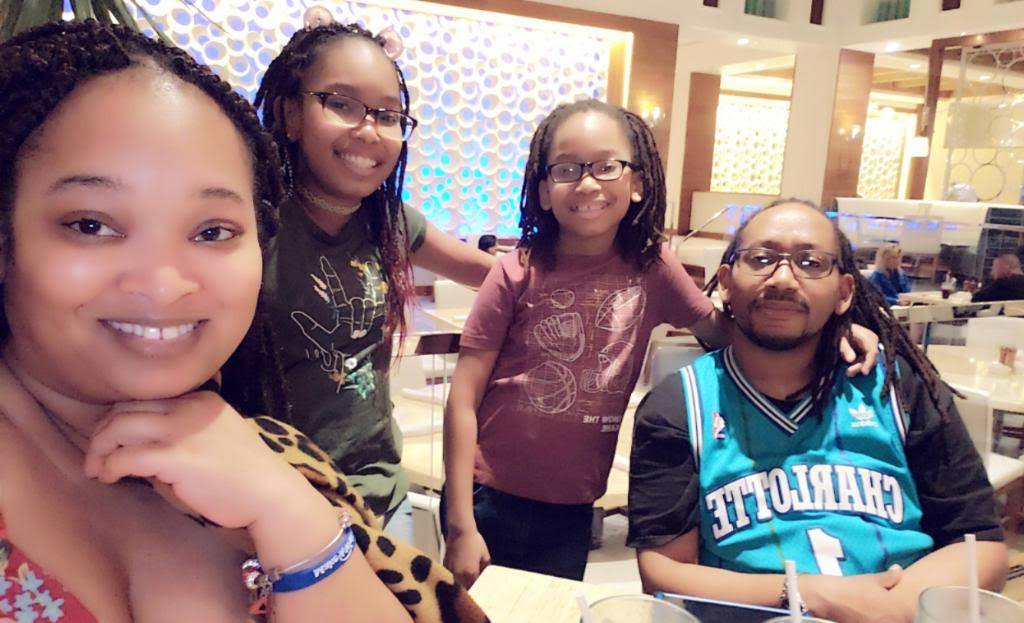 In our continuing series on dads in time for Father’s Day this June, we spoke with Sheldon Smith on how he approaches fatherhood.

Sheldon Smith has served his country as a member of the military, doing tours in Iraq, Afghanistan and Nicaragua before finally finishing his duty stateside. While he doesn’t talk much about his time in the Army (some of it was classified), he served under General David Petraeus during one of the most critical periods of the Iraq war.

Sheldon and his wife, Keishawna Smith, are the parents of two beautiful young children, Trinitee and DeShawn. Both of them have special healthcare needs, sometimes leading to hospitalizations. Sheldon gives a lot of credit to Keishawna for taking care of their children, but he thinks that it’s important for dads to be involved as well. “I feel like people get a misconception about the role of dads in their children’s lives. I want to make sure that I always stand up as an example, that dads are doing things, that we are active with our children.”

He confesses to being nervous about becoming a dad for the first time. “There’s no prior experience for a first-time dad. I just had to wing it. A lot of first-time parents have something to draw on from their own life, but my dad wasn’t around, so I didn’t even have that.” His daughter’s special healthcare needs only added to his stress and concerns, especially because he was stationed overseas when she was first born.

And while Sheldon has some complaints about the military and military life, he also has good things to say. “The way they provide social services. When we found out our kids were going to have sickle cell disease, they got us into the exceptional family member program. We were getting briefings from geneticists and hematologists. That part was absolutely amazing!” Sheldon wishes that his family’s experience in the military could be replicated in civilian life for other families.

Sheldon has been watching the protest marches on television and here in Jackson, and as the father of two young children he thinks it is critical that he and other dads talk to them about it. “I started talking to my kids about racism when they were like three or four years old. And it’s an ongoing thing. It’s not like it’s a one-time conversation. These are conversations we have all the time.”

And he is committed to making sure that his children have more and better opportunities than he had.

“My thing is, when you are born into this world, the world is one way and when you leave it, you should feel comfortable knowing that you’ve done everything possible to leave the world in a better position than when you got here. As an individual, I can’t affect change on every level across the planet, but I can do my little part in my little portion of the world,” he said.